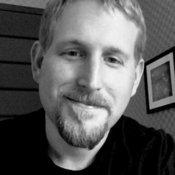 Eric Gilbert is an assistant professor in Georgia Tech's School of Interactive Computing. He joined Tech in 2011, after a PhD at Illinois with Karrie Karahalios.

He is broadly interested in social computing (the social uses of the internet). He has won a number of best paper awards and honorable mentions from ACM'S SIGCHI. His lab also enjoys building experimental web systems, such as Link Different and piggyback prototypes.

Recently, he became a DERP fellow and won Georgia Tech's Young Faculty Award. He is also a Teach For America alum (Chicago, 2002-2004).